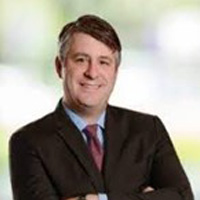 Kevin T. Barnett is of Counsel to PilieroMazza PLLC, where he advises clients in all aspects of government contracts law. He helps contractors prepare, negotiate, and prosecute claims, requests for equitable adjustment, and termination for convenience settlements, as well as litigating appeals before the Court of Federal Claims and the boards of contract appeals. Kevin also counsels firms with an array of Federal Acquisition Regulation compliance issues, including advising companies new to federal contracting on making a smooth transition. He guides clients through the Freedom of Information Act process from drafting and negotiating FOIA requests to litigating in federal court.  Kevin litigates bid protests before the Government Accountability Office, the Court of Federal Claims, as well as at the agency level. 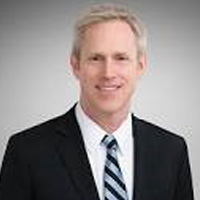 Ashden Fein is a Partner with Covington & Burling LLP, where he advises clients on cybersecurity and national security matters, including crisis management and incident response, risk management and governance, government and internal investigations, and regulatory compliance.

Additionally, Ashden assists clients from across industries with leading internal investigations and responding to government inquiries related to the U.S. national security.  He also advises aerospace, defense, and intelligence contractors on security compliance under U.S. national security laws and regulations including, among others, the National Industrial Security Program (NISPOM), U.S. government cybersecurity regulations, and requirements related to supply chain security.

Before joining Covington, Ashden served on active duty in the U.S. Army as a Military Intelligence officer and prosecutor specializing in cybercrime and national security investigations and prosecutions – to include serving as the lead trial lawyer in the prosecution of Private Chelsea (Bradley) Manning for the unlawful disclosure of classified information to Wikileaks.  Ashden currently serves as a Judge Advocate in the U.S. Army Reserve.

Ashden is a member of the District of Columbia and Texas Bars.  He received his J.D. from the University of North Carolina School of Law, and a B.A. from the U.S. Military Academy at West Point. 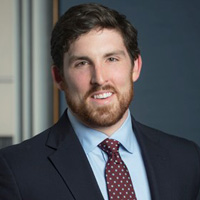 Nathaniel E. Castellano is Special Counsel in Jenner & Block LLP’s Government Contracts Practice, where he advises clients on all aspects of doing business with and litigating against the federal government.   Mr. Castellano is a widely recognized thought leader in the government contracts community and a seasoned advocate with experience litigating high-profile bid protest matters before the Government Accountability Office, United States Court of Federal Claims, Federal District Court, and the United States Court of Appeals for the Federal Circuit.

Mr. Castellano previously clerked for the Hon. Jimmie V. Reyna at the United States Court of Appeals for the Federal Circuit and worked as a legal consultant in the World Bank Office of Suspension and Debarment.  Mr. Castellano studied procurement law extensively at the George Washington University Law School, working as a research assistant to Professor Steven Schooner and graduating as a Murray Schooner Procurement Scholar.  Mr. Castellano is a widely published author, with articles cited in leading treatises and used as course material. 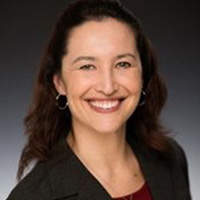 Erin L. Felix, a Shareholder with Polsinelli PC, is a seasoned counselor and litigator who learned the government contracts industry from the inside out.  Erin managed complex contracts and subcontracts for a Tier 1 defense contractor for nearly 15 years prior to practicing law and draws upon her deep, hands-on business experience to provide practical solutions in all facets of government contracting.  Clients value Erin’s ability to ‘speak their language’ and her intimate understanding of their business priorities and challenges.

Erin assists companies who contract with U.S. federal, state, and local government entities with navigating the various procurement laws and regulations associated with selling to the government and receiving government funding.  She advises traditional and nontraditional contractors and subcontractors on a wide array of acquisition issues, including agreement negotiations, data rights and intellectual property protection, supply chain and cyber security, certified cost and pricing data concerns, and compliance programs, with a focus on the commercial, emerging technology, and traditional aerospace and defense industries.  Erin also regularly represents clients in protests, disputes, and other proceedings before the Government Accountability Office, Court of Federal Claims, and Boards of Contract Appeals. 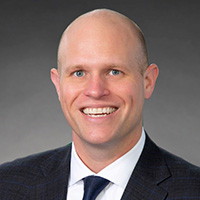 Mr. Garland has an active practice representing contractors in bid protests at the Government Accountability Office (GAO), U.S. Court of Federal Claims, agency level, and in state-level protests.  He also represents contractors in size protests before the Small Business Administration (SBA), including the SBA Office of Hearings and Appeals (OHA).In addition to advising clients regarding protest-related issues, Mr. Garland litigates government contract claims at the Armed Services Board of Contract Appeals, Civilian Board of Contract Appeals, U.S. Court of Federal Claims, and Federal Circuit.  He represents clients in all types of disputes with the U.S. government, including constructive changes, default terminations, disallowance of costs, and differing site conditions.

During law school, Mr. Garland worked for a private security contractor that performs in contingency contracting environments.  He has been recognized by the Virginia and Washington, D.C. Super Lawyers Rising Stars lists in government contracts since 2021. 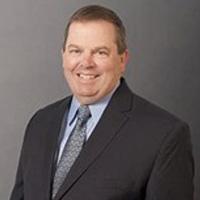 Brian Hubbard is the Director of Commercial and Cybersecurity for Edwards Performance Solutions, where he leads the Edwards commercial business area as well as the Cybersecurity capability area, with a primary focus primarily on the governance, risk, and compliance area.  Edwards supports multiple industry verticals, in the development and maturity of their cybersecurity programs. 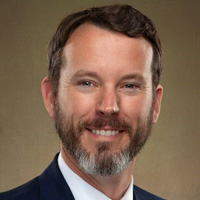 Matthew R. Keller is a Partner with Praemia Law PLLC.  Matthew has spent his entire professional career in the federal government contracting industry.  Upon graduating from Virginia Military Institute, he entered the United States Air Force and spent seven years working as a Contract Negotiator and Contracting Officer.  Since graduating from law school, he has worked as an attorney in private practice helping government contractors grow their businesses, protect their opportunities, and achieve their goals. 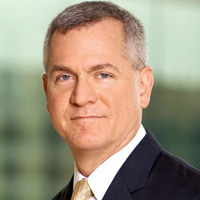 Prior to joining the legal industry, Patrick served for 16 years with the U.S. Department of State, first as a Special Agent in the Diplomatic Security Service, and then as a Foreign Service Officer.  He was assigned to Somalia, El Salvador, Colombia, Peru, India, and Washington, D.C. 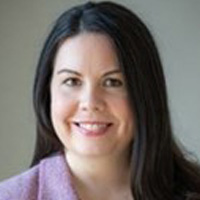 Erin Rankin is of Counsel at Crowell & Moring LLP, where in the Government Contracts Group and is experienced in resolving government contract disputes with a particular focus on cost allowability, cost accounting issues, and DCAA audit findings.  Erin also advises clients on all aspects of FAR and DFARS compliance in connection with the administration, performance, and closing out of government contracts.  Erin has extensive experience representing government contractors before the Boards of Contract Appeals, defending companies against False Claims Act allegations, conducting internal investigations, and advocating for clients in mandatory disclosures and suspension and debarment proceedings.

He is a recent DITAP graduate and an Agile process enthusiast.  Scott attended the University of South Florida in Tampa, Florida, where 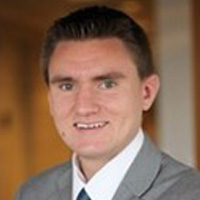 Robert J. Sneckenberg, a Partner with Crowell & Moring LLP, is a government contracts litigator in Crowell & Moring’s Washington, D.C. office.  He routinely first chairs bid protests before the U.S. Government Accountability Office and U.S. Court of Federal Claims and has successfully argued multiple appeals before the U.S. Court of Appeals for the Federal Circuit.  He also represents contractors in contract claim and cost accounting disputes before the Armed Services Board of Contract Appeals, and counsels clients on a wide array of government contracts investigations.  Rob is very active in Crowell & Moring’s pro bono program, where he focuses on civil and criminal appeals.

Rob is a co-host of the monthly All Things Protest podcast, which covers major trends in bid protest litigation, key developments in high-profile cases, and best practices in state and federal procurement.  He is also a Vice Chair of the ABA Public Contract Law Section’s Bid Protest Committee; an editor for Government Contract Bid Protests: A Practical and Procedural Guide, which is available on Westlaw; and a member of the Advisory Board for Thomson Reuters’ The Government Contractor.

Rob has been recognized by Super Lawyers as a Rising Star in government contracts since 2017 and was highlighted as a Key Lawyer in The Legal 500 United States’ 2021 profile of Crowell & Moring’s Tier 1 Government Contracts practice.

Rob is a member of the District of Columbia and Maryland Bars.  He received his J.D. from The George Washington University Law School, where he served as an editor of the Federal Circuit Bar Journal and interned at the U.S. Court of Federal Claims and the U.S. Department of Justice.  Rob received his undergraduate degree from Harvard College. 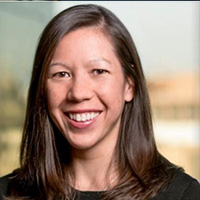 Erin K. Sullivan, a Partner with Bradley Arant Boult Cummings LLP, has years of experience representing corporate and individual clients involved in investigations, prosecutions, and civil enforcement actions by federal and state government entities.  She routinely conducts internal investigations, whether prompted by an existing government investigation or initiated internally for business or compliance reasons.  Erin also counsels clients on an array of compliance issues, ranging from general compliance best practices to specific compliance with federal laws such as the Foreign Corrupt Practices Act (FCPA) and sanctions and export control regimes.

Erin clerked for Judge L. Scott Coogler and Judge Robert Propst in the Northern District of Alabama.  Prior to her clerkship, she was an associate in the Washington, D.C. office of an international law firm, where her practice focused on the FCPA.

She is a member of the Alabama and the District of Columbia and is admitted to practice before various federal courts.  Erin also participates in the D.C. Superior Court Pro Bono Program, which provides pro bono representation to clients facing criminal charges in D.C. Superior Court. 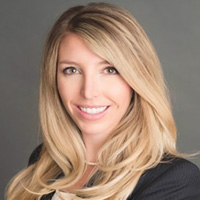 Prior to joining DAU, she served as an Associate Counsel for Naval Information Warfare Systems Command (NAVWAR) Headquarters.  While working for the Navy Office of General Counsel (OGC), Ms. Balkin successfully defended over 30 contract bid protests.  Since 2020, she has served as a Navy OGC Alumnae Board Member.

Ms. Balkin resides with her family in San Diego, California. 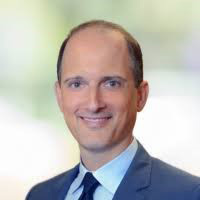 Jon Williams is a Partner with PilieroMazza PLLC, where he on is an experienced legal advisor to government contractors on a wide range of federal, state, and local procurement matters.  As Chair of PilieroMazza’s Government Contracts Group, his practice focuses on helping firms with a diverse array of Federal Acquisition Regulation compliance issues, including extensive counseling on the federal procurement programs for small businesses.  Jon’s practice also frequently involves handling procurement related disputes.  He represents contractors in size and status protests and appeals before the Small Business Administration (SBA) and SBA’s Office of Hearings and Appeals, as well as filing and defending bid protests before the U.S. Government Accountability Office, the U.S. Court of Federal Claims, the Federal Aviation Administration’s Office of Dispute Resolution for Acquisition, and state/local procurement agencies.

Jon also counsels contractors on cure notice responses, contract terminations, adverse CPARS ratings, requests for equitable adjustment, and claims.  Additionally, he regularly helps contractors to establish and defend teaming, subcontract, joint venture, and mentor-protégé relationships.  As a member of the firm’s Cybersecurity & Data Privacy team, Jon works with federal contractors – particularly those who contract with the Department of Defense – on managing cybersecurity and establishing compliant and effective safeguards.  In this area, he provides guidance on cybersecurity requirements applicable to federal contractors and assists clients in implementing appropriate internal standards and in responding to cyber incidents.

A frequent writer and speaker, Jon is an active member of the HUBZone Contractors National Council and serves on its Board of Directors.  He is a member of the Board of Directors for the Small and Emerging Contractors Advisory Forum (SECAF) and is Co-Chair of SECAF’s Programs Committee.  Additionally, Jon is on the Steering Committee for the Montgomery County Chamber of Commerce’s GovConNet Pathway to Growth Procurement Conference, one of the premiere conferences for the government contracting community.

Jon is a member of the District of Columbia and Maryland Bars, and he is admitted to practice before various federal courts.  Jon earned a J.D. from The Catholic University of America, Columbus School of Law, and a B.S. from Syracuse University.