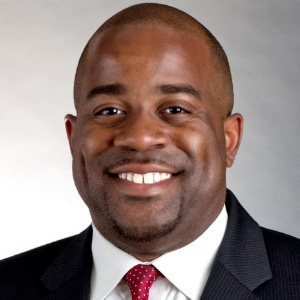 The D.C. Bar Pro Bono Center’s Executive Vice President, Robert J. Spagnoletti, has named Darryl Maxwell as its acting executive director. Maxwell’s appointment comes after Rebecca K. Troth stepped down from the organization, which she had led since 2017. Maxwell, director of the Pro Bono Center’s Nonprofit & Small Business Legal Assistance Programs, has nearly 13 years of experience at the Center.

Maxwell began serving as acting executive director on August 16, 2021 and will continue until Troth’s successor is identified. Maxwell started at the Pro Bono Center as a staff attorney in 2008. He was promoted to managing attorney three years later and became director of the Nonprofit & Small Business Legal Assistance Programs in 2018. Maxwell holds a Bachelor of Arts from the University of Pennsylvania and a Juris Doctor from The George Washington School of Law. Prior to joining the Pro Bono Center, Maxwell worked in private practice.

Under Troth, the Center served tens of thousands of District residents, navigated a global health crisis, and transitioned to remote legal services. “The Pro Bono Center has grown and accomplished much under Becky’s guidance,” Maxwell said. “Our staff is determined to build on that momentum as we continue providing high-quality legal help to individuals, nonprofits and small businesses who cannot afford a lawyer.  Now, more than ever, the community needs our help.”