Duly Noted is introducing the series Ask an Expert, where attorneys provide insight into hot topics in the law that fall within their practice expertise.

In August, headlines chronicled the meteoric rise and fall of rapper FN Meka, a virtual creation of Factory New cofounders Anthony Martini (who is white) and Brandon Le (who is Asian).

Using human voice and lyrics generated by AI technology, FN Meka debuted in 2019 and amassed millions of followers on social media. The AI artist — depicted as a Black man with green braids styled into a long mohawk, gold-plated teeth, and facial tattoos — repeatedly used the N-word and misogynistic language in its music as well as mocked police brutality.

Amidst all this is the claim by Black Houston-based rapper Kyle The Hooligan that he was the voice behind FN Meka, but that he was not financially compensated by Factory New and is now taking legal action.

From issues around cultural appropriation, racial exploitation, and financial inequity in the music industry — particularly with Black music — to ongoing debates about implicit bias in AI technology, the FN Meka story has created a unique and complicated legal debacle. 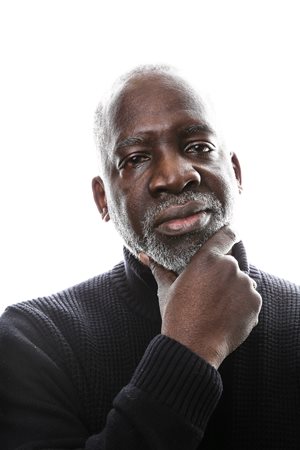 Lawyer when he talked about trademark and copyright protections in creative realms such as music involving Black artists.

Here, Samuels, a partner at Cahn & Samuels LLP, answers some of the burning legal questions in the FN Meka controversy.

What were your first reactions to the FN Meka debacle?

I look at this stuff, and my IP legal perspective immediately goes into gear. I look at the image and my IP [attorney] mind asks, “Where did this image come from first? Who created it?”

Then I learned that it is an IA [intelligence augmentation] creation, and then I ask, “Where did you get the voice from?” because there is a whole body of law that has been around for a while about the usage of name and likeness, which can include voice. A lot of people do not know that.

I learned that Meka’s voice was not AI created. It came from another person. But there is some other literature that said there might have been other people involved. So, that led me down to a whole other rabbit hole of voice appropriation on these social media platforms — TikTok and such.

I found it interesting that Kyle The Hooligan has come out and said that he may be pursuing legal action. Then I began to wonder about what kind of legal claims he might bring. My first thought was this voice appropriation claim. In an Instagram video, he said that they “used my voice, used my sound, used the [Black] culture.” Now, that’s a thornier issue because, as I understand it, the look of the character was created by the AI by pulling from various sources. So, I do not know that any one person can come back and claim some rights in that persona. But it does raise another issue about non-Black people creating Black images and personas. That is more of a cultural issue than a legal issue. I think the culture has spoken as Capitol Records has canceled the contract that it had given to this virtual rapper.

Without a written contract, what type of legal argument does Kyle The Hooligan have?

He will probably argue that there was some oral contract because he has admitted that he did not have a written contract. But that is difficult.

What are the terms of that [oral] agreement? He will probably rely heavily on the fact that they actually used his voice. This [legal dispute] is a creature of state law for the most part. And many states have a statute regarding the use of voice and likeness. Sometimes you have to show that your voice is recognizable, but not all states have that requirement. If he is able to sue the AI makers in a particular state that does not require your voice to be recognizable, he may well be successful.

Cutting him out of a [record] deal? He may have some kind of a fraud claim. That is a hard row to hoe — that they intentionally went into this to gain his voice, but they never intended to make him a partner. That is not entirely clear to me. Just because he lent his voice does not mean that he was part of the business team. I think there are a lot of questions about whether he can show that he should have been in the deal. We do not really know enough of the facts there, but it is difficult when you do not have a [written] agreement. The easier road is to look at the property that they took and make the claim based on that.

When a voice talent negotiates a formal contract, what clauses are necessary to ensure that one’s voice is not used to say something inflammatory or against their personal beliefs?

That’s going to be a matter of the contract. However, I understand that oftentimes when artists are starting their careers and trying to get a deal, they do not want [such stipulations] because they think it is going to screw up the deal.

Your protection is going to be in these state law statutes. The broad term, I guess, would be invasion of privacy. Depending on the state, it is different under different rubrics. But it involves your voice end[ing] up [in] what we call “a false light” [and] that you have been damaged by that. Typically, the damage needs to be more than “I just don’t agree with it.”

Let us say that [voice work] is a side hustle for you. And your main job finds out and it becomes a problem. If you lose your job or do not get a promotion because this video or game came out with you cussing and fussing, that is the damage. You may have a tort claim for a false light or something like that. These are not easy claims to win, though. When you do not have a contract, it’s even more difficult.

How do estates of deceased artists such as Michael Jackson, Prince, and Whitney Houston protect their legacies from some savvy AI developer who can use a snippet of their voice to create an illusion of the deceased artist collaborating with an artist who is still alive or a virtual one like FN Meka?

We’ve already had Natalie Cole singing with her father after he died. But that was authorized. The scenario that you just described can easily happen. And protection from that involves the same laws that I was speaking of before that protect the name and likeness. In some states, that right is descendible.

There may be some trademark aspects, too. It is like going hunting with a quiver. You have 30 arrows in your quiver, none of which will kill the lion alone. So, you need to shoot the lion with several arrows before the lion dies.

If you had a client in Kyle The Hooligan’s situation, what advice would you give before they embark on this creative endeavor in the metaverse?

I would say that you need to sort of clearly delineate what your roles, responsibilities, and expectations are. And make sure the other party understands that you are on the same page and then write it down.

I think that you are going to want compensation that is somehow tied to downstream revenues because that is where the money is going to be. So, depending upon what the project is, you want to look downstream and say, “Okay, how are they going to monetize this?” and “How can I get a cut of the monetization?” as opposed to some upfront flat fee, which is just not going to be that great, probably, because that’s the nature of these projects.