Can We Talk? Exploring Potential Pitfalls of Attorney Communications

Attorneys love to talk, but there are many situations in which communication can violate an attorney’s ethical 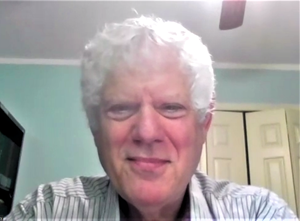 obligations. During a recent D.C. Bar Continuing Legal Education Program titled “Can We Talk? (And, If So, What May We Discuss?),” D.C. Bar senior legal ethics counsel Saul Jay Singer explored a number of hypotheticals designed to address the sometimes complex considerations attorneys should take into account before they start talking.

Singer’s analyses frequently referenced Rule 4.2, relating to communications between lawyers and persons represented by counsel, and Rule 4.3, regarding dealings between lawyers and unrepresented persons. While complex on their face, the hypotheticals unraveled with relative ease when analyzed in light of the relevant rule’s text.

However, a preliminary inquiry is necessary in order to determine whether the District’s rules apply. “The first question, when an attorney undertakes a representation, has to be which substantive law applies,” Singer said. “We have a technical legal term for a lawyer who applies, for example, Florida law where it should be Virginia law; we call that malpractice,” he said.

The same consideration is true for ethics issues, and Singer noted that this is particularly important for attorneys in the District, which is an outlier jurisdiction. “We have not adopted the [ABA] Model Rules; we go our own way in many areas,” he said.

According to D.C. Rule of Professional Conduct 8.5(b)(1), if the matter is pending before a tribunal, a term that includes arbitration panels and other nonjudicial hearings, the ethics rules to be applied are generally the rules employed by the jurisdiction within which the tribunal sits.

Next Singer spotlighted areas in which attorneys might run afoul of Rule 4.2. For example, Comment [8] to Rule 4.2 indicates that an attorney may not communicate with a represented party even when that party is the one initiating or consenting to the communication. An attorney is obligated to immediately terminate communication with an individual they know has representation.

Singer stressed that the conversation should end quickly, cautioning that any delay in terminating communication after learning of a party’s representation risks running afoul of the rule. He also pointed out that an attorney who copies a represented party when communicating with their counsel without the consent of that counsel also violates Rule 4.2.

One question frequently raised by calls to the Legal Ethics Helpline relates to communication with the employees of a company represented by counsel, Singer said. Analyzing a hypothetical on the topic, Singer raised Rule 4.2(b), which states that in the course of representing a client, “a lawyer may communicate about the subject of the representation with a nonparty employee of the organization without obtaining the consent of that organization’s lawyer.” If the organization is an adverse party, however, prior to communicating, the lawyer must disclose to the employee their identity and nature of their representation.

Rule 4.2(c) further states that “party” includes any person at the organization who has the authority to make binding decisions regarding the representation. Singer cautioned that determining whether an individual or job title will be considered a decision-maker is highly fact specific.

In some circumstances, counsel may also claim to represent all of an organization’s employees, though in that case there is a careful conflicts analysis, and the attorney must have generated and maintained retainer agreements with all of the individual employees, Singer said. “You simply can’t wave your arms and say, ‘I represent all of them,’” he said.

The rules are not entirely restrictive. Comment [6] to Rule 4.2 indicates that the consent of opposing counsel is not required when contacting a former constituent of the organization, but the lawyer may not seek to obtain information that is otherwise protected. Singer said that he is sometimes asked where authorization for a particular action is found in the Rules. “My response, sometimes, is, where in the Rules does it say that you can’t?”

However, caution is still advisable. Analyzing a hypothetical in which an investigator contacts an unrepresented party on behalf of an attorney without disclosing their role, Singer said that the investigator hadn’t broken a law and, as a non-attorney, is not subject to the Rules of Professional Conduct.

Regardless, Rule 5.3 specifies that a lawyer’s responsibilities include reasonable efforts to ensure that non-attorney staff conduct themselves in a manner compatible with the professional obligations of the lawyer. Rule 8.4(a) establishes that it is professional misconduct for a lawyer to act through another in a manner that would violate the Rules if undertaken by the lawyer. In the hypothetical, the attorney violated Rule 4.3 through their investigator.