The D.C. Bar is honoring Mary Catherine Malin of the U.S. Department of State’s Office of the Legal Adviser and the late George Valentine of the D.C. Mayor’s Office of Legal Counsel with the 2021 Beatrice Rosenberg Award for Excellence in Government Service. This marks the first time the Bar has chosen two recipients of the award, one posthumously. Malin and Valentine will be recognized at the Bar’s Celebration of Leadership on June 24.

“I didn’t even know that I was nominated,” Malin said when she received the news. “I was so surprised and honored to be chosen for the Beatrice Rosenberg Award. It’s just completely amazing to be selected [from] so many excellent government employees.” 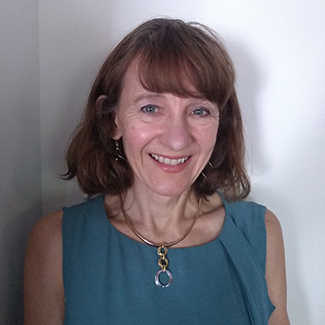 Malin has spent more than 30 years in public service as an international lawyer. After one year in the private sector following her graduation from UC Hastings College of the Law, she joined the State Department’s Office of the Legal Adviser in 1985. Her first assignment was in its Office of International Claims and Investment Disputes. Two years later, she moved to the Office of Management, and then in 1989 to the Office of Inter-American Affairs, where she focused on U.S. relations with Cuba and Mexico. In 1992 she began an excursion tour as a diplomat in The Hague, working with international legal institutions on matters such as establishing the International Criminal Tribunal for the former Yugoslavia.

She returned to the United States in 1995 and joined the Office of Diplomatic Law and Litigation, handling a range of privileges and immunities issues for U.S. and foreign officials. Four years later, she moved to the Office of United Nations Affairs, negotiating the establishment of the International Criminal Court. She was promoted in 2003 to Senior Executive Service and assigned to head the Office of Western Hemisphere Affairs, where she served as a senior negotiator for the U.S. delegation to two Summits of the Americas.

Beginning in 2006, Malin supervised the Office of Consular Affairs for three years. She was responsible for implementing an International Court of Justice ruling on consular notification and managing a large office of attorneys responsible for visa, passport, and related matters for overseas citizens. In 2009 she returned to her primary area of expertise as assistant legal adviser for the Office of Diplomatic Law and Litigation, responsible for recognition of states and governments; diplomatic, consular, and foreign official immunity; restrictions on foreign missions in the United States and treatment of their property; and general issues of diplomatic law.

In addition, Malin has been a member of the American Society of International Law for 25 years; she served on its executive committee and its steering committee for the Women in International Law Interest Group. Since 2016, she’s been an adjunct faculty member at Georgetown University Law Center, where she currently teaches foreign relations law with a focus on constitutional issues arising in the conduct of U.S. foreign relations. She also served as the State Department’s liaison to the International Law Institute’s project to revise the Restatement of the Foreign Relations Law of the United States.

Malin has earned numerous awards during her career, including the Presidential Rank Award in 2009 and 2013 and eight superior honor awards as an attorney advisor for her work in resolving a dispute with Chile regarding the assassination in Washington, D.C., of former Chilean diplomat Orlando Letelier.

“I work with so many other dedicated professionals who are trying to serve the American public,” Malin says. “It’s very gratifying, and the issues [that we work on] are extremely interesting. And when you think you’ve seen it all, you find out that you actually haven’t.” 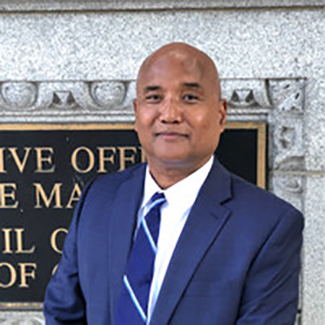 Valentine also dedicated more than 30 years of his career to serving the public. Most recently he was deputy director of the Mayor’s Office of Legal Counsel. He served as deputy attorney general in the Office of the Attorney General for the District of Columbia (OAG) for 16 years.

On March 27, 2020, Valentine died from COVID-19 at age 66. Mayor Muriel Bowser said last year in a tweet, “George Valentine epitomized what it is to be a dedicated public servant . . . and he always shared his deep knowledge of law & his boundless love of DC.” D.C. Attorney General Karl Racine described Valentine to the Washington Post as “warm, friendly, and smart. George was a terrific colleague.”

Valentine graduated from Harvard Law School in 1979 after earning his undergraduate degree from Oakwood College in Huntsville, Alabama. From 1979 to 1984, he worked as a law firm associate and in-house counsel. In 1984 he began his extensive career with OAG as an assistant corporation counsel representing the District of Columbia.

Beginning in 1991, Valentine spent five years in OAG’s General Litigation Division, where he supervised hundreds of tort lawsuits against the District, ranging from medical malpractice and police use of force to sexual harassment and whistleblower claims.

In 1996 he served as deputy corporation counsel in the Office of the Corporation Counsel, supervising all the major equity lawsuits against the District involving special masters and receiverships. Valentine transitioned in 1991 to the city’s Department of Health as special counsel, serving two years before becoming general counsel for the D.C. Department of Human Services.