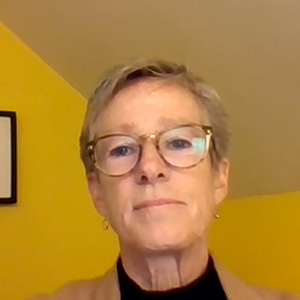 The importance of addressing this perennial topic was underscored by Porter’s presentation showing a significant increase in bar complaints from 2019 to 2020. No amount of care or caution will necessarily prevent someone from filing a malpractice suit or bar complaint against you, Quinn told attendees, but precautions can ensure that you are able to mount an effective defense if a dispute does develop. “The point of this presentation is that we are trying to give you some risk management tips,” he said.

Quinn walked attendees through the legal foundations of malpractice suits, which typically employ a tort analysis of duty, standard of care, breach, and causation resulting in damages. In malpractice suits the duty typically arises out of the attorney–client relationship, though Quinn cautioned that there need not be a written agreement or an exchange of fees to establish such a relationship. 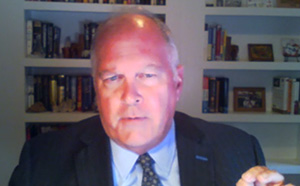 Porter, whose talk focused on concerns regarding bar complaints, said that disciplinary action could also result from situations in which legal advice is offered without contract or compensation. “If the client reasonably perceives the lawyer as acting as a representative, and that’s a reasonable, objective belief given the attorney’s statements or actions, the courts may find that there is an attorney–client relationship, which requires that the attorney comply with all the ethical obligations a lawyer owes to the client despite the nonpayment of fees or nonexistence of a written agreement,” she said.

The standard of care required of an attorney follows the “reasonably prudent person” standard commonly found in torts, Quinn said. This determination is highly fact-specific, he said, and careful documentation by an attorney can be helpful in defending against malpractice claims because it offers proof of exercise of due care. In addition, the elements of causation and damages provide an opportunity for the defense to turn the tables on the complainant.

Giving the example of an attorney who missed a filing deadline in a civil claim, a clear breach of the standard of care, Quinn said that malpractice defense attorneys would make the client prove the “case-within-a-case” by having them establish that the underlying case was likely to win and project the amount that would have been awarded.

Bar complaints must be taken seriously, Porter said, requiring timely and diligent response. Quinn offered that attorneys should seek representation in proceedings, pointing out the many ways that counsel is helpful in negotiating positive resolutions.

Porter also stressed that attorneys shouldn’t compound wrongdoing by destroying evidence or otherwise obstructing proceedings. “Oftentimes the cover-up is worse than the crime. Lying to us or presenting false evidence is not going to make things any better,” she said, telling attendees about an investigation in which the accused party refused to cooperate, including ignoring a subpoena. This has resulted in a contempt proceeding against the attorney. “We don’t even know if the underlying matter was that substantial, but now we’re confronted with a failure to cooperate that’s made the case that much worse.”

Quinn agreed, saying that he urges his clients to cooperate with the investigatory process because, although his clients perceive Porter’s office as “the prosecutors,” prosecutions don’t actually begin until charges are leveled. Answering complaints with full cooperation can help avoid that outcome, he said. “They’re going to get everything anyway. Hiding the ball doesn’t help.”