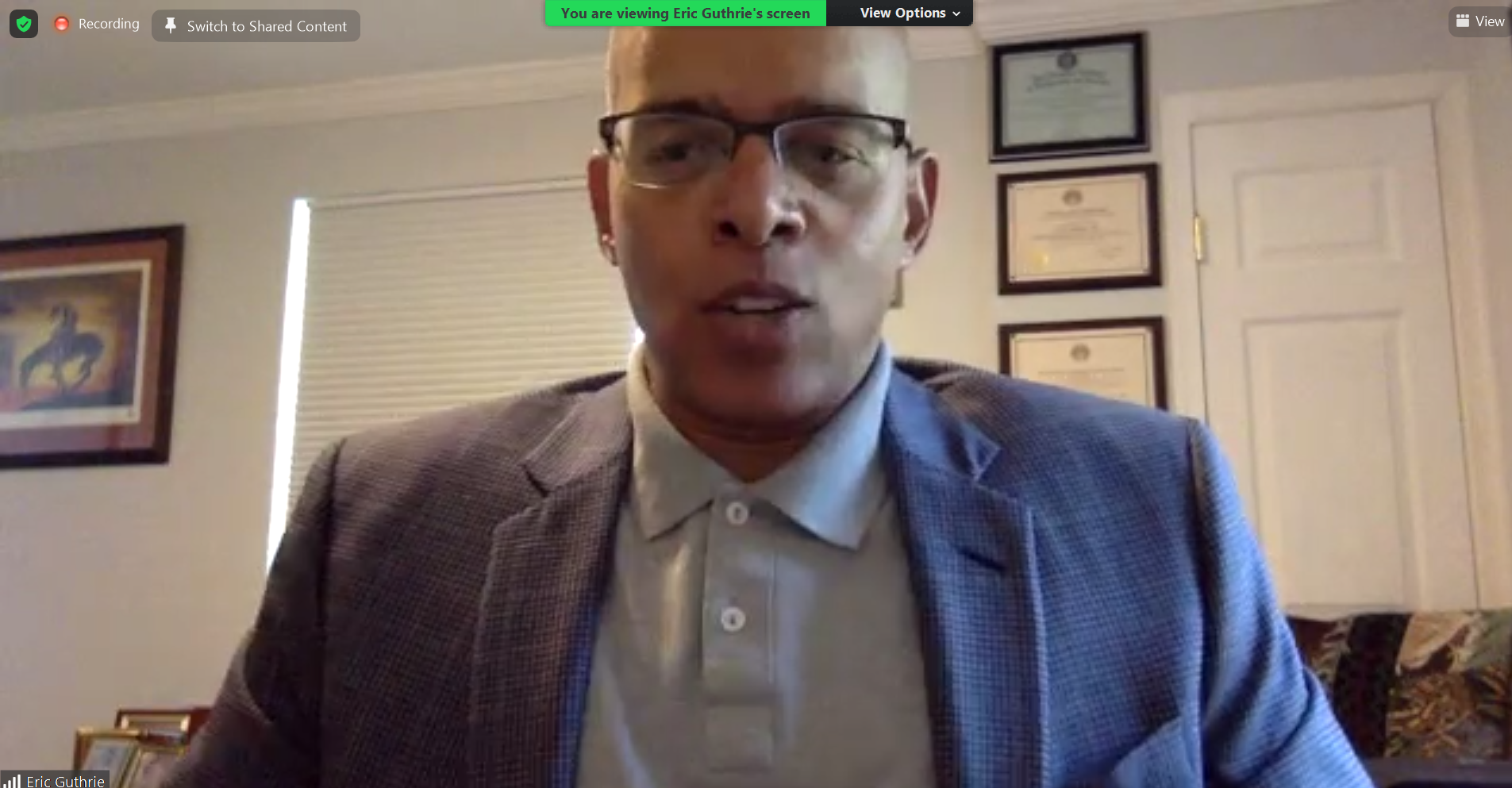 To help attorneys advance their understanding of cryptocurrency and new financial offerings that are changing the investment world, the D.C. Bar recently hosted a CLE course by Eric L. Guthrie, director of training programs for the Government Blockchain Association and author of the award-winning book Blockchain or Die: Learn to Profit From Cryptocurrencies and Blockchains.

Comparing blockchain and cryptocurrency to the early development of social media, Guthrie said that the technology is about connections, allowing for the exchange of value independent of financial institutions. Fraud proliferated in the early days of virtual currencies, Guthrie said, and now regulators have begun to rein in this rapidly developing area of financial activity.

For anyone interested in blockchain, Guthrie recommended that they start with the white paper “Bitcoin: A Peer-to-Peer Electronic Cash System.” Written by one or more unidentified people using the pseudonym Satoshi Nakamoto, the document lays out the foundation of bitcoin and subsequent cryptocurrencies. Developed during the 2008 recession, cryptocurrencies are the result of a lack of faith in financial institutions, said Guthrie. “It’s owned, managed, and run by the people.”

In the years since Nakamoto’s white paper, digital currencies have proliferated. “There’s way more than most people think,” Guthrie said. “There are over 6,000 cryptocurrencies right now.” Guthrie defines cryptocurrency as “a digital asset in which encryption techniques are used to regulate the generation of units of currency and verify the transfer of funds, operating independently of a central bank. Similar technology can create more complex digital assets or cryptoassets.”

Each of these currencies has an initial coin offering (ICO) when it comes into existence. An ICO is the cryptocurrency equivalent of a stock’s initial public offering (IPO). In an IPO a company registers with the U.S. Securities and Exchange Commission (SEC) and sells shares to raise capital. Virtual currencies create an ICO and put the currency on a platform where it is sold, raising capital.

One important distinction does exist between stocks and cryptocurrencies, Guthrie said. Stocks are only good for investment and don’t have value outside of their ecosystem, but cryptocurrencies potentially could.

Cryptocurrencies create not only investment value but also monetary value, Guthrie added. Over the past seven years there were more than 2,000 ICOs that raised upwards of $14 billion, according to Guthrie, though he also cautioned that ICOs have slowed due to the changing regulatory landscape. The hybrid nature of cryptocurrencies has increasingly exposed them to regulation by multiple agencies, and the SEC now regularly oversees ICOs.

While neither the Securities Act of 1933 nor the Securities Exchange Act of 1934 mention cryptocurrencies or bitcoin, the SEC determined that these products were regardless covered by the term “securities.” Using the Howey Test established in the landmark 1946 U.S. Supreme Court case SEC v. Howey, which involved low-tech investment in a citrus orchard, the agency poses three basic questions to determine whether an investment contract is in play: Is there an investment of money? Is there a common enterprise, a business, or an investment that is managed by third parties? Is there a reasonable expectation of profits derived by the efforts of others?

Guthrie said the Howey Test’s plain English formulation helps prevent products from escaping the regulatory grasp of the SEC. “There is no gimmick to get around this,” he added. And yet there remains some debate on the issue. In the 2018 case SEC v. Blockvest, the U.S. District Court for the Southern District of California first held that an ICO was not a security, then reversed its own order.

Agencies other than the SEC are taking regulatory action. Guthrie said that a Commodity Exchange Act clause covering “all services, rights, and interests in which contracts for future delivery are presently or in the future dealt in” has resulted in regulation by the Commodity Futures Trading Commission, while the Internal Revenue Service has dealt with cryptocurrencies as property, or at times as capital gains.

Fraud in the marketplace continues, however. Guthrie recommended that attorneys develop resources that can help assess the value of a product before investing, or before advising a client on investment. For example, investor.gov provides information on whether an ICO has been regulated by the SEC, and there are sources that can provide simple data regarding the price of a unit, the total volume of the product relative to the amount currently in circulation, and other information that can help signal the value and reliability of a cryptocurrency.