The D.C. Bar continues its Author Spotlight series, featuring attorney-authors among our membership who have published works in a variety of genres. 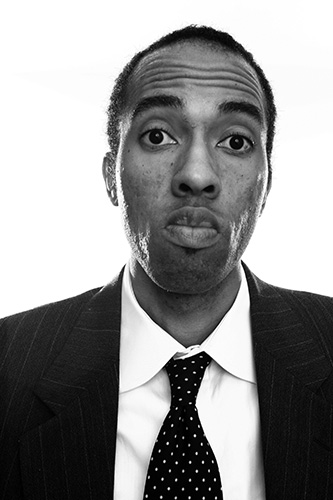 This month Hulu renewed for a third and final season Wu-Tang: An American Saga, a fictionalized account of the nine-member formation. Page, an attorney advisor with the U.S. Small Business Administration, talks about his fascination with the Wu-Tang Clan and how he employed his legal skills in writing the book.

How did you balance your career as an attorney with writing a book?

I would take notes during the day as thoughts came to me, then I would write in the evenings. So, in the evenings, I would start off editing what I had written the day before and then begin writing again. The whole process was easy because I pretty much followed a structured format that I created, which I thought the book should follow.

During the day, if I had any downtime, I would just do some quick internet research, copy and paste a URL to look at later in the evening to help me formulate things, and just write down first impressions of that source material. So, basically, I had the book structure in terms of what information I wanted in certain chapters, then I would spend the day pretty much going through the book — chapter by chapter.

How did your legal expertise shape how you wrote the book?

Mainly just in the sense that I am really obsessive about sourcing facts. When I was the managing editor of my law journals, I learned this idea that for every proposition, there should be something that supports it and, if possible, more than one source. Also, when I make a proposition, I think, “What is the counterproposition?”

You also had a career as a hip-hop journalist for Urb, Rap Sheet, and Elemental magazines. When you were writing your book on Wu-Tang, what new insights did you learn through the process?

Most of what I found may sound trivial. But, it was just random factoids about the group — a lot of which are buried in the endnotes. The main body of the text is for people who kind of stay on the surface level. Then you can take a deep dive into the endnotes if you’re obsessive. Some of the factoids were stuff like connections that they had with other hip-hop acts — just a lot of interconnections they have with the larger New York hip-hop scene.

Wu-Tang is making headlines in the hip-hop world again. Why the resurgence?

Well, in 2018 it was the 25th anniversary of the Wu-Tang Clan’s first album, Enter the Wu-Tang (36 Chambers). They had a big tour around that. The members themselves have stayed fairly active in separate endeavors. Method Man has a fairly active acting career; Ghostface and Raekwon pretty regularly are putting out music, including with newer, younger acts.

The strength of the group has always been the whole being greater than the sum of its parts. So, when you have people like Kanye West — who is not everyone's favorite person at the moment, but nevertheless an undeniable cultural influence — giv[ing] praise to someone like RZA and the rest of the Wu-Tang Clan throughout their career, it helps keep them relevant.

With that said, has there been renewed interest in your book?

The book has been selling steadily. I cannot say that I have necessarily noticed any spike in sales, but it is still selling at a consistent level, seven years after publication. It’s one testament to the lasting impact of Wu-Tang as a group.

Any thoughts of revising the book or writing another historic hip-hop book?

I have thought about it. The most I have thought about is maybe adding an addendum because they continue to make good music. I have about three different books in different stages of completion. I have complete outlines. The rest is just doing the hard work of actually writing the books. But now, I am working about 60 hours a week. Once you’ve figured out where the book is going, the rest is just putting it on paper. And that’s a time-consuming thing.