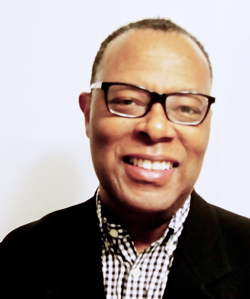 Michael Allen, 54, senior corporate counsel at Nordstrom, Inc., has an intricate life story—he’s a family man with close ties to his sister’s children, a lawyer who chose the law after an epiphany in Jamaica, and a political junkie who had the courage to quit jobs and work for candidates he believed in. The D.C. Bar talked with Allen to explore how this life of family connections, serendipity, and impulsive choices got him where he is today.

How did you choose a career in law?

I have an older sister who, when I was in college, decided to go to law school— Harvard—after a career of being a philosophy professor. I’m African American and I had never met a lawyer before [until my sister became one]. I grew up in a small town in Georgia. None of the dads and moms were lawyers. My sister was teaching and then she got a job working for the National Endowment for the Humanities.

When Reagan was elected, he cut the budget for NEH. She had to reevaluate her life and career and decided to go to law school. She thought she could marry philosophy and the law, which is what she ended up doing. She got a great job at Cravath, Swaine & Moore LLP in New York.

How did philosophy work into that?

For the first two or three years of her legal career, she was just a grind-it-out associate at a big law firm. There was no philosophy in her life. I think that bothered her, so she ended up leaving and went back to teaching. Later, she created courses that married law and philosophy and went to teach at Georgetown.

And where do you come in?

I was living in Atlanta and I thought I was going to go to business school. I was admitted into the University of Georgia’s MBA Program, but a month before I was to start, I took a trip to Jamaica and I had an epiphany. Something said, “Don’t go to business school; go to law school.”

It might have been the Vitamin D. I was literally floating on a raft, and it was so peaceful with the sun beaming down on my face. I didn’t have a care in the world. Life was great. I guess when I slowed down and focused on me, something hit me and told me to follow my passion: politics and the law. I got back to Atlanta and called my sister and said, “I want to go to law school.” We both agreed that D.C. was the place to be.

I got into the evening program at Georgetown Law Center and continued to work. For the first year, I worked as a bookkeeper for the law school. I like libraries, so then I got a job at the Georgetown law library. When I was applying, I had decided that I wanted to become a law librarian, marrying my passion for law and politics with my love of libraries.

What was your next step?

During my second year of law school, in the middle of the night, my sister found out she was about to get the child she wanted to adopt. Suddenly, this busy law professor and her husband, who is a partner at a law firm, had a three-month-old child they weren’t ready for. They needed a nanny, so, in exchange for paying my tuition, they hired me. I would babysit during the day. She would come home from Georgetown, and I’d hand her the baby and rush off to Georgetown.

So, you got a sense of what life with a baby was like?

I had this notion—I thought I could study during the day while my nephew slept. But when he took a nap, I was so exhausted I had to take a nap. Even so, it was probably one of the best things I have ever gone through.

Was your sister at Georgetown when you graduated?

It was one of the greatest days of my life. On my graduation day, she was on the stage to hand me my diploma.

Where is your sister now?

Anita Allen is at the University of Pennsylvania now, the vice provost for faculty. I do make a point to spend either Thanksgiving or Christmas with her and her family.

How long were you a nanny?

For about a year and a half. Then my sister was able to get her schedule under control and that slowly transitioned me back to finding a day job.

What was the day job?

Working for the D.C. Bar. I worked for the Ethics Committee as a law clerk for two attorneys. It was wonderful, and it led me to abandon my desire to be a law librarian. I wanted to become an ethics and professional responsibility lawyer. I became the executive editor of the Georgetown Journal of Legal Ethics.

And your path changed again?

Then it became the lure of money. One day I was walking through the halls of Georgetown Law, and I bumped into an old college friend who was an associate at a law firm in D.C. She said, “Why don’t you try to become a summer associate?” I became a summer associate at Anderson Kill, which had a great office in D.C. I focused on insurance coverage litigation, and that got me involved in learning about litigation.

Eventually you moved over to the U.S. Department of Justice.

They were hiring environmental litigators at the time. I was doing insurance coverage cases and the underlying issues were Superfund cases, so I knew a lot about Superfund and environmental cleanups.

So, this took you on a new path?

I decided I wanted to be an environmental lawyer and I got the opportunity to jump to the U.S. Environmental Protection Agency as a staff attorney. That also gave me the first sense of what it would feel like to be an in-house lawyer. I knew, though, that I didn’t want to be a litigator.

I wanted to be more on the business side of things, shaping strategies. At the EPA, I was assigned to the International Division, doing treaties and a lot of work at the U.S.-Mexico border. I was also able to do some environmental justice work in places like Louisiana and Mississippi, helping protect some of the small towns in the shadow of huge industrial plants, living in polluted air and water.

What happened after Al Gore lost the 2000 election?

I decided to go back into private practice. I became a senior associate at P&L Gates LLP, now called K&L Gates. There was no real rhyme or reason at that time in my life. I was still going with my gut as to where I wanted to be. I knew, though, that I didn’t want to be a litigator. Then I saw a position in-house at a small telecommunications company called Nextel. They were looking for an environmental lawyer to help them with issues surrounding the build-out of towers and telecom infrastructure. Then they were bought by Sprint and I became a Sprint in-house lawyer.

You’ve had some involvement in politics. How did that happen?

I heard about this guy named Barack Obama. I had heard his speech at the 2004 Democratic Convention, and I thought, “This is the real deal, I want to work for this guy.” So, in 2007, I quit my job with the intent to work for him for free. But then I heard a speech by Hillary Clinton, and I was blown away, absolutely blown away. This is the smartest person I’ve ever heard, smarter than her husband. I decided at that moment that my politics were more in line with Hillary, so I volunteered my services through 2007-08. I lived off my savings.

After Clinton lost to Obama, what did you do?

I thought, “Oh my gosh, I’ve got to get a job.” I saw that Microsoft was looking for an environmental lawyer. To accept their offer, I had to move to Seattle. So, after 20 years of living in D.C., I jumped on a plane and moved to Seattle. I did that for four years, but I got the itch again and worked for Obama’s reelection campaign. I was living off my savings—I’m not married and I have no kids. I packed up my stuff and moved to Tampa, where the Obama Florida campaign headquarters were, and worked on issues such as voter suppression and enforcement.

And after Obama was reelected?

I came back to Seattle and a friend told me about an in-house legal position at Nordstrom. I do a little bit of everything—regulatory work, compliance, contracts.

How is your in-house role at Nordstrom different from your other in-house positions?

We are a tiny, tiny legal department, which is great. It’s a very satisfying job and we’re doing wonderful things in the retail space, even though it’s a tough industry.

Nordstrom made news when the company removed Ivanka Trump merchandise from its shelves. Were you involved in that?

I was just watching it. But I’ve been in meetings where we’ve talked about having very difficult conversations with Ivanka and her team, which came down to the numbers. It’s unfortunate that some folks thought we were taking a political position. Maybe the boycott had something to do with those numbers, but for us, [Ivanka’s] things weren’t selling. A lot of my friends were shopping at the store feeling they were part of the resistance!