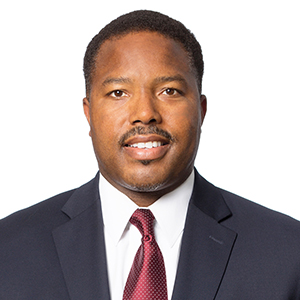 The D.C. Bar Board of Governors has unanimously approved the appointment of Vincent H. Cohen Jr., a partner at Dechert LLP, to the District of Columbia Judicial Nomination Commission (JNC).

Cohen has a long history of service to the District. A former acting U.S. attorney for the District of Columbia, Cohen also served as that office’s principal assistant U.S. attorney for five years. He helped establish and expand its Cyber Unit and served as a member of the Attorney General’s Advisory Committee. He is the recipient of numerous awards for his professional accomplishments and is recognized as a leading attorney in the area of white-collar crime and government investigations.

"The D.C. court system is unique and, as a native Washingtonian, it is an honor to be able to help the president in the selection of judges and chief judges for one of the most well-respected and influential court systems in the country. I cannot think of a better way to continue to give back to the residents of Washington and members of the Bar than by promoting and carrying out the mission of the JNC,” Cohen said.

Learn more about the JNC here.

The D.C. Bar joins the legal community in mourning the loss of Karen Hastie Williams, who passed away at age 76 earlier this month, leaving behind a legacy of shattered glass ceilings and generations of women and African American attorneys inspired by her trailblazing career.

On July 23 the D.C. Bar Communities held the first part of its inaugural Legislative Women’s Collective to help bridge the gender gap in politics by empowering women to get involved and run for office.

On July 20 the D.C. Superior Court Board of Judges issued Rule Promulgation Order 21-05 approving amendments to Superior Court Rules of Civil Procedure 10-I and 30.

At this year’s Practice 360° conference, held virtually on July 15, numerous speakers focused on tips and resources for attorneys to grow the size and profitability of their legal practices post-pandemic.