For Jessica Childress, it was Addy Walker, a character from the iconic American Girl book series, who would inspire her to dream big against all odds when she was a little girl. “[Addy] used education to better herself,” Childress says of the character who finds freedom in Philadelphia after being born into slavery. “Her goal was to get an education. That resonated with me throughout my life.”

Now it’s Childress’s turn to inspire with her own book series. The managing attorney at The Childress Firm PLLC and children’s book author is giving young readers an 11-year-old heroine with legal aspirations: Juris Prudence.

Childress began bringing Juris to life in 2012 while working as an associate attorney at Morrison & Foerster LLP. Writing served as a creative outlet that would also become an advocacy mission for her. “I wanted to do something creative. I wanted it to inspire children. I believe in lifting as we climb,” says the Richmond, Virginia, native. “I didn’t have any attorneys in my family. With Juris, I wanted kids to see themselves as future lawyers.” 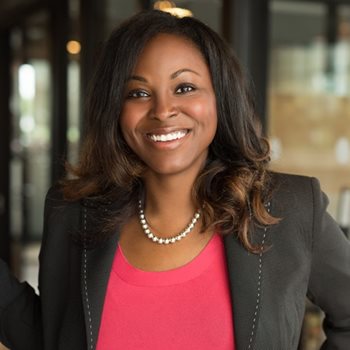 Childress envisioned herself a lawyer from the time her young eyes read the definition of “lawyer” in the World Book Encyclopedia. She absorbed the passage, researched the profession, and groomed herself by joining the high school debate team and later serving on the student disciplinary board in college. Childress earned her Bachelor of Arts in government and African American studies at the University of Virginia. She stayed to get her juris doctor, graduating Phi Beta Kappa with high distinction in 2007.

One of her more memorable experiences was clerking for Judge Alexander Williams Jr. of the U.S. District Court for the District of Maryland. “I really learned how the law worked, particularly the inner workings of the judicial system. I was lucky to have great mentors at the beginning of my career,” she says.

Childress also speaks highly of Morrison & Foerster, where she says she felt supported. She left the firm to work for the Department of Justice, and later spent a year as an associate at Proskauer Rose LLP focusing on employment law. At Big Law firms, attorneys of color were scarce, and the underrepresentation fueled her to take action.

“I was the only Black female associate in the D.C. office of the last law firm where I worked. I knew there had to be a solution,” she says. “What got me here was exposure, being able to go to programs, my experiences at UVA, the debate team. I thought Juris could be a conduit to kids seeing themselves in law.”

By 2014, Childress had published her first book, The Briefcase of Juris P. Prudence, chronicling the story of Juris and her best girlfriends — all 11-year-old attorneys from diverse backgrounds — who pass the bar, start a law firm, and work together to fight for the rights of kids. Childress has written six books in all. 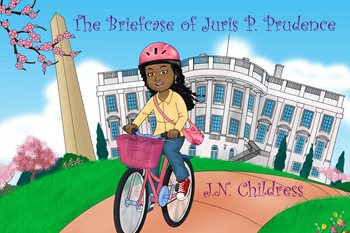 “I knew [Juris] would be a leader and love the law,” says Childress, who lives in the District’s Petworth area. “She has high goals and doesn’t wait. She goes after what she wants.”

Childress started her own practice in 2016, specializing in employment counseling, workplace discrimination, and diversity consulting. She credits the D.C. Bar with giving her the business tools and the confidence to accomplish that achievement. She has held leadership positions with the National Bar Association’s Young Lawyers Division and the Washington Bar Association’s Young Lawyers Division. In 2020, she was selected to the Washington, D.C., Super Lawyers Rising Stars list — an honor only 2.5 percent of practicing D.C. attorneys receive.

In 2016, Childress also founded Juris P. Prudence LLC, an expansion of the Juris Prudence book series with a mock trial academy and resources for educators. In 2017, she hosted 17 kids for a mock trial workshop in the Ward 7 neighborhood. A virtual version was held this past July.

“It’s amazing to see the confidence they build. You see 9-year-olds and 11-year-olds argue high-level information. They can apply it to real life,” she says. “I’m excited to see kids from all walks of life join the program.”

It’s that kind of diversity she hopes will become the norm in the legal industry. The recent increase in demand for her diversity consulting services is a step in the right direction. Big Law should reflect the greater society, she says. “It’s a disservice to have only one perspective. Big Law firms take on monumental cases that can change the world. It’s so important to have a group of attorneys that represents all facets of society.”

To that end, Childress is focused on how Juris Prudence can help change the tide. Her eye is on growing her readership and the academy as well as on giving kids invaluable exposure to the legal profession. The Spanish version of one book, Juris Prudence Goes to Law School, will be available soon. More mock trials will happen.

“We need to expose kids to people from all walks of life because we need more understanding in this country right now. We need to go through a lot of healing,” Childress says. “Kids are the future. They will lead us into the next generation, so we have to raise children who value civility and kindness and diversity.” Just like Juris Prudence.

The D.C. Bar’s two-day 2020 Virtual Conference continued on Wednesday, October 21, with heavy-hitting sessions on the current state of voting rights and a look toward the future.

Experts in civil rights and election law gathered virtually at the D.C. Bar’s 2020 Conference on October 20 to 21 to celebrate the centennial anniversary of the passage of the 19th Amendment, and to discuss the current state of voting rights in this country.

On Tuesday, October 20, the D.C. Bar opened its two-day 2020 Virtual Conference focused on the centennial of the 19th Amendment with remarks by D.C. Mayor Muriel Bowser emphasizing the amendment’s relevance today.

On October 16, Judge Anita Josey-Herring was installed as chief judge of the Superior Court of the District of Columbia, becoming the first female judge to hold the position in the court’s 50-year history.