On April 5 the D.C. chapter of the South Asian Bar Association convened a panel examining the Russian Federation’s invasion of Ukraine from an international relations perspective and the diplomatic and legal tools available to address the crisis. 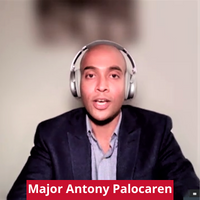 circumstances leading up to the present crisis. “If you don’t understand what happened historically, you’re not going to get the full picture of the conflict,” he said, recounting what he characterized as a formative incident involving Russian President Vladimir Putin that took place in December 1989.

Putin, then a KGB agent in Soviet-controlled Dresden, East Germany, was cornered by protesters emboldened by the fall of the Berlin Wall a month prior. “What does Putin do? [He] calls for backup from the local Red Army tank unit. The tank unit replies that they can’t move from their position unless they get orders from Moscow, and Moscow is silent,” Palocaren said. During the same period, Putin had to drive a taxi to supplement his income. According to Palocaren, those experiences fueled Putin’s ambitions relating to power and personal wealth and his insecurities with former Soviet states.

Palocaren cited another important incident, which involved Putin’s 2004 introduction of Viktor Yanukovych to then-U.S. Secretary of State Condoleezza Rice as the future president of Ukraine. Yanukovych went on to lose the election to Viktor Yushchenko. Palocaren said that Putin was certain Yanukovych’s loss was due to U.S. intervention.

When Yanukovych ran again and won in 2010, he promised to enter into a trade agreement with the European Union; however, Russian Federation pressure during his presidency led to the preemptive execution of an agreement that disadvantaged the EU. Ukrainian citizens felt that Yanukovych had reneged on his agreement to enter an EU deal, Palocaren said, and this led to the Maidan Revolution in late 2013. Yanukovych fled to Russia, and Russia annexed Crimea.

“Russia, and Putin specifically, has a special disdain for Ukraine,” Palocaren said. “He has said Ukraine is a made-up country multiple times.” Palocaren spotlighted additional factors in play, including Putin’s view of democracy as synonymous with cultural decay, European dependence on Russian oil, and America’s foreign policy focus on China.

Aparna Polavarapu, associate professor at the University of South Carolina School of Law and executive 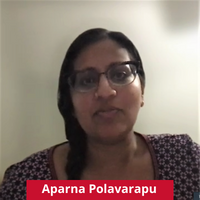 director of the South Carolina Restorative Justice Initiative, outlined the legal considerations regarding the war in Ukraine. “The core of international humanitarian law is found in the Geneva Conventions, which are primarily monitored by the Red Cross,” she said.

The issue presented by the war in Ukraine is more straightforward than in some conflicts because this one occurs between what are clearly states. Although Putin attempts to undermine Ukrainian statehood, the existence of Ukraine as a country is internationally undisputed, Polavarapu said.

Many contemporary conflicts involve non-state actors that challenge international legal systems designed for traditional state versus state conflicts, so international legal professors would consider the current situation “the easy case,” according to Polavarapu. However, the political environment complicates attempts to use the United Nations for intervention, she said. Russia’s permanent position on the Security Council gives it the ability to veto measures against them.

Even absent this power, there is a lack of consensus that could prevent action. Polavarapu pointed out that in a recent call for condemnation of Russia, China, the UAE, and India all abstained from voting. “We just can’t rely on the United Nations to resolve this conflict in the way that we normally would,” she said.

Concerns about the legitimacy of the war, the treatment of prisoners of war, and the targeting of civilians would implicate the Geneva Conventions, but Polavarapu noted that the international criminal courts typically intervene after the fact and are more effective in creating individual liability than holding states accountable for their wrongful actions. 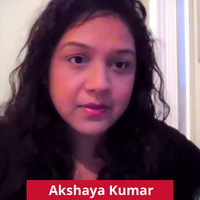 efforts to document human rights abuses taking place during the conflict. “What we’ve found really has been startling,” she said. “It points to the reason why 10 million people have fled their homes, why 3.5 million of them have become refugees, which means that they have crossed an international border. The reality, then, [is] that there are millions more [who] have been displaced within the country.”

The violations that Human Rights Watch has observed, which Kumar said may amount to violations of the law of war and international humanitarian law, include the use of sexual violence as a weapon of war, summary executions, and use of landmines, cluster munitions, and incendiary weapons.

The Biden administration has promised to admit 100,000 Ukrainian refugees in response to the crisis, but Kumar said the details weren’t clear. “This promise rings a little hollow because the U.S. has a cap of 125,000 refugees globally,” Kumar said. “When pushed, the administration said that many of those admitted might not be refugees but might have family or other connections that would justify their entry into the U.S.”

Underscoring the human cost of the conflict, Kumar described a mother who used a pen to write contact information for next-of-kin on the back of her infant. “Luckily both that woman and her child have been able to seek safety in a neighboring European country, but this is not the case for so many refugees around the world.”