A Critical Look at the U.S. Cash Bail System

The U.S. Commission on Civil Rights (USCCR) last week released the report “The Civil Rights Implications of Cash Bail,” examining the current approaches to reform in the pretrial and bail system of the American criminal justice system.

Between 1970 and 2015, the number of individuals detained pretrial rose 433 percent, with pretrial detainees representing a larger portion of the total incarcerated population during that period. The report presented serious civil rights concerns associated with the use of cash bail. Its findings showed significant disparities with regard to race and gender, with higher rates of pretrial detention for Black and Latino individuals and for males. Socioeconomic status was another strong factor: More than 60 percent of inmates were detained pretrial because they could not afford bail. 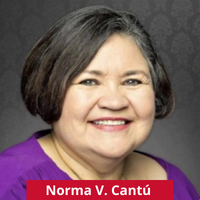 More than 10.5 million people are arrested every year, but only five percent of these arrests are related to violent crime, said USCCR chair Norma V. Cantú in a conference call announcing the report’s findings. The vast majority of these arrests — 83 percent — were for low-level offenses, she added.

“Furthermore, research has shown that Black and Latinx individuals experience higher rates of pretrial detention and are more likely to have financial conditions imposed and set at higher amounts," Cantú said.

David Kladney, a USCCR commissioner who led the report and served as a subject matter expert, said “[b]ail has one, and only one, legitimate purpose: to ensure the accused appears at trial.” Where there is no indication that an individual poses a threat to the community, and there is no history of failure to appear before the court, Kladney said there is no justification for its imposition.

Kladney quoted Justice Rehnquist in United States v. Salerno (1987) — “In our society, liberty is the norm, and detention prior to trial or without trial is the carefully limited exception” — and connected it to the Supreme Court’s ruling in Stack v. Boyle (1951) that bail set higher than an amount reasonably calculated to ensure the appearance of the accused is a violation of the Eighth Amendment of the Constitution. 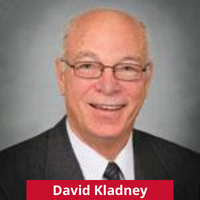 The report’s data showed that increased cash bail amounts did not increase the rate at which an individual appeared for trial, Kladney said. Additionally, while American citizens cannot, on average, produce $400 on short notice, the median bail amount for a felony arrest is set at $10,000. Nationally, 80 percent of those unable to post bail fall within the poorest half of the economic spectrum, while 60 percent occupy the bottom third.

“Those with assets accused of the same or similar crimes” as those who are poor “have the keys to the jailhouse door. They have their wallets,” Kladney said.

He also noted that courts can hold individuals without bail in nearly every jurisdiction where they pose a threat to the community, suggesting that the cash bond system is unnecessary. “A dangerous person is not suddenly harmless after paying a bail of $10,000,” Kladney said. “Bail reform has absolutely nothing to do with dangerousness to the community.”

Additionally, the imposition of bail generates costs for the community. Jail resources constitute the most expensive part of our criminal justice system, Kladney said, adding that reduced bail or no-cash bail approaches, using proven risk-assessment methods, can better ensure court appearances at a fraction of the cost to taxpayers.

Studies employed by the commission showed that jurisdictions employing such risk-assessment methods experienced no increase in failures to appear for trial, and release conditions that include electronic monitoring, drug tests, and other forms of intervention can provide the court with substantial authority to oversee pretrial defendants. “Moving away from cash bail isn’t only the right thing to do; it’s also the financially prudent thing to do,” he said.

Kladney cited Washington, D.C.’s reform efforts in the past two decades as an example of successful alternatives to cash bail. In 2019 only 13 percent of released defendants in the District were rearrested pending trial, of whom only 1 percent were rearrested for a violent offense, he pointed out.

The USCCR is an independent, bipartisan agency established by Congress in 1957 to investigate complaints of the deprivation of rights by citizens, to collect and study information relating to discrimination or the denial of equal protection laws under the Constitution, to assess federal law and policy on the topic, to serve as a national clearinghouse for information, and to submit reports, findings, and recommendations to the president and Congress.

The commission’s latest report, submitted to President Joe Biden, Vice President Kamala Harris, and Speaker of the House Nancy Pelosi, includes recommendations for federal responses, including a reexamination of the grant-making strategy of the Department of Justice, having the agency request that states expand mandatory release programs, and the federal government working with Congress to pass cash bail-free legislation.