During the D.C. Bar’s Supreme Court Review and Preview program on September 22, High Court practitioners took a look at the past year and considered the cases and issues likely to be addressed in the coming term. With the hot-button issues of abortion, guns, and race all slated for consideration, the panelists discussed whether the Court will move to upset precedent or dispose of the conflicts in a way that avoids significant change. 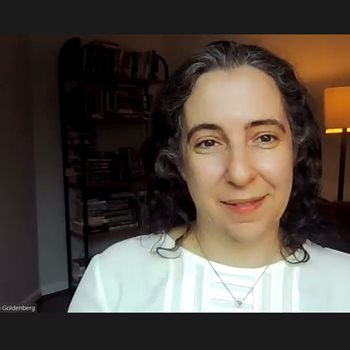 Elaine J. Goldenberg, a Munger, Tolles & Olson LLP partner who has argued a dozen cases before the U.S. Supreme Court, gave an overview of Dobbs v. Jackson Women’s Health Organization, which will be argued in December. “This is, at least potentially, an extraordinarily consequential case,” Goldenberg said, characterizing the suit as a direct attack on the standing precedent of Roe v. Wade and Planned Parenthood v. Casey.

Since it was issued in 1973, the landmark Roe decision has prevented states from limiting access to abortion before viability, then held to be 24 weeks. The 2018 Mississippi law in question limited abortions after 15 weeks of pregnancy, which the state’s sole abortion clinic challenged. Goldenberg said the case was relisted an unusual number of times, and when it was finally scheduled for argument, the state presented a new posture.

“Mississippi’s merits brief takes an extremely different tack than its sur-petition, and it is devoted almost exclusively to arguing that Roe v. Wade and Casey should be overruled. It devotes a very small amount of time to supposed alternatives to overruling, which I think don’t actually provide all that much of a middle ground,” Goldenberg said. She declined to predict the lawsuit’s outcome. 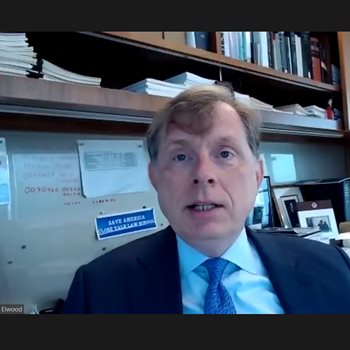 John P. Elwood, a partner at Arnold & Porter who has argued nine cases before the Supreme Court, was slightly bolder. He pointed to instances in which a litigant’s late-game change in tactics resulted in the Court’s decision not to hear a case, though he also invoked physicist Niels Bohr’s quote that “prediction is very difficult, especially [if] it’s about the future.”

In November the Court will hear argument in New York State Rifle & Pistol Association v. Bruen. William M. Jay, a partner at Goodwin Procter LLP who has argued 17 cases before the Supreme Court, said that in this instance it is the Court that has adjusted the question presented. “Petitioners had asked the Court to decide whether the Second Amendment allows the government to prohibit ordinary, law-abiding citizens from carrying handguns outside the home for self-defense,” he said. 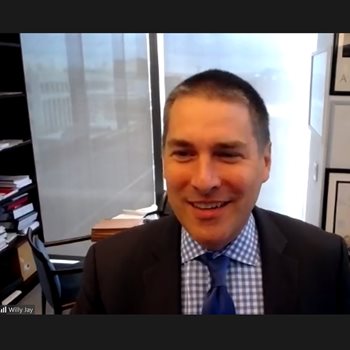 Instead, the question the Court certified to answer is “whether the state’s denial of petitioner’s applications for concealed-carry licenses for self-defense violated the Second Amendment.” The licensing requirement at issue obliges applicants for concealed-carry permits to show a special need or proper cause to the satisfaction of a local licensing official.

On the one hand, Jay said that historically the Court has skeptically viewed programs that give unchecked decision-making power to an individual. On the other hand, the country has traditionally regulated the public’s ability to carry firearms, particularly handguns. “This will definitely be a blockbuster case,” Jay said.

The third upcoming case discussed, relating to race and affirmative action in college admission, hasn’t been formally accepted by the Supreme Court. Students for Fair Admissions v. President and Fellows of Harvard College challenges the Ivy League institution’s admissions practices. Following a brief review of affirmative action litigation leading up to the present suit, Elwood pointed out an interesting connection between this case and the 2013 admissions case Fisher v. University of Texas. “Students for Fair Admissions is a nonprofit group underwritten by Edward Blum, the former stockbroker who also spearheaded [plaintiff] Abigail Fisher’s lawsuit,” Elwood said.

Harvard is accused of using race in admissions in a way that is not narrowly tailored and that favors some races over others. Students for Fair Admissions argues that the policies particularly disadvantage Asian Americans, and the school fails to employ race-neutral policies that would purportedly continue to meet racial diversity goals. Elwood said that the claim has reached a very different Court than the one seated when the case began.

In June the Court asked the U.S. solicitor general to state the Biden administration’s view of the case, which previously received support under the Trump presidency. Elwood noted that there isn’t a deadline for the solicitor general to respond and suggested that a little delay might be precisely what was intended. “I wouldn’t be surprised at all if the Court decides to kick it down the road a little bit,” he said.

Timing may depend on whether the Court feels that the other matters on the docket can be expeditiously resolved or if there is concern that the case may generate controversy. “It doesn’t take a lot … just a couple of re-lists to kick it over to next term,” said Elwood.