Experts in civil rights and election law gathered virtually at the D.C. Bar’s 2020 Conference on October 20 to 21 to celebrate the centennial anniversary of the passage of the 19th Amendment and to discuss the current state of voting rights in the country.

The coming presidential election cast a long shadow over the event, lending urgency and relevance to conversations around the extension of the voting franchise, voter suppression, and ongoing efforts by the legal community to protect the right to vote.

In the session “Youth Voting Rights, Election Protection, and the Twenty-Sixth Amendment,” panelists examined the history of the youth vote and the challenges in identifying and responding to attempts to disenfranchise young voters. The 26th Amendment, passed nearly a half-century ago, lowered the voting age to 18 from 21 and outlawed age discrimination in voting. It was ratified more quickly than any other amendment in American history. 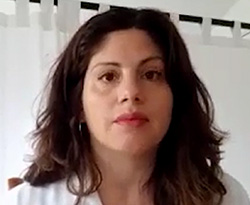 Yael Bromberg, chief counsel for voting rights at the Andrew Goodman Foundation, said this did not prevent a series of legal challenges to the 26th Amendment from arising in the early 1970s. Courts largely sided with youth voters in cases that attempted to prevent college students and enlisted military from exercising their newly granted right to vote. However, Bromberg said that in subsequent years litigation subsided to the extent that awareness of the amendment and the rights it provides have been largely forgotten, even by constitutional scholars.

The amendment’s waning influence has resulted in the reintroduction of issues it was meant to address. “As a result of the forgotten promises of the 26th Amendment, those rights have atrophied among young voters, even as they’re increasingly interested and engaged in social movements today and in accessing the franchise,” Bromberg said. “We have our work cut out for us. Young people’s right to vote from their campus addresses, even just to register to vote, is being challenged. Young people’s access to the polling place is being challenged.”

John Powers, counsel for the Lawyers’ Committee for Civil Rights Under Law’s Voting Rights Project, recognized many of the issues spotlighted by Bromberg. He is involved in the operation of a voting rights hotline where he has heard firsthand accounts of these kinds of malfeasance. “We hear from student voters frequently about the different burdens that they’re facing, and it’s absolutely right that the student population is among the groups that are most deeply impacted by the increase in voter suppression measures we’re seeing around the country.”

Powers drew upon incidents documented in Virginia’s statewide election last year to provide illustrative examples supporting Bromberg’s observations. In the vicinity of George Mason University, in Fairfax County, the county registrar made an unannounced change to student voter registration just prior to the registration deadline, requiring additional information on voter registration applications. Meanwhile, a redistricting battle in Virginia first split the Christopher Newport University campus between two electoral districts in 2019, then on the eve of election a judicial order designated a third district, leading to confusion about where students could vote.

Powers said these examples illustrate a larger problem. “These kinds of things are happening, not just in Virginia but all over the country and in every election.”

Much of the work litigating voting rights will likely be undertaken by pro bono counsel. The session “We Can Do It! How Pro Bono Lawyers Are Shaping the Voting Rights Landscape” looked at how pro bono attorneys from the private sector are leading the charge in protecting citizens’ right to vote. Speakers explained the enormous scale of efforts necessary to protect voting rights. 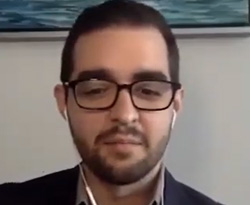 “What a lot of people don’t realize about voting rights work, and elections administration in general, is that we don’t have one election in this country every two years; we have thousands and thousands of elections all across the country administered not just at the state, but also at the local and county level,” said Jonathan Diaz, legal counsel for the Voting Rights Campaign Legal Center.

This means that responses take place in a patchwork fashion across the nation. There’s also significant variety in the kinds of cases that arise in the context of elections. Redistricting, felony disenfranchisement, student voting, mail-in voting, and the administration of the voting process all commonly produce lawsuits. Diaz said that COVID-19 has amplified and expanded these issues in the current election.

Nancy Anderson, director of legal mobilization and pro bono for the Lawyers’ Committee for Civil Rights Under Law, said that the immediate need for pro bono representation in voting matters is broad and subject to change as the election progresses. Legal volunteers are currently fielding questions through an election protection hotline established by the Election Protection coalition. Mail-in voting inquiries predominate, but as the election begins, poll monitors will play a critical role in identifying and addressing issues, Anderson said.

Following the election, nearly everyone expects there to be significant litigation, and redistricting fights will continue regardless of where the United States stands in the election cycle. Increasingly, there are opportunities for attorneys to volunteer to work on electoral matters anytime, anyplace, said Suzanne Turner, pro bono partner at Dechert LLP. “Especially now, during this particular moment in time where so much is remote, we have more multi-office teams than ever,” she said.

Prior experience in election law is not necessary to make a meaningful contribution, said Turner. Partnerships with civil liberties groups means that expert guidance and training resources are available to volunteers. “It’s never too late to learn and never too late to get up to speed,” she added.