On Tuesday, October 20, the D.C. Bar opened its two-day 2020 Virtual Conference focused on the centennial of the 19th Amendment with remarks by D.C. Mayor Muriel Bowser emphasizing the amendment’s relevance today. Bowser noted that the District of Columbia’s 706,000 residents, including almost 300,000 women, are still denied voting representation in Congress. “Even today we must keep fighting in order to fulfill the promise of the 19th Amendment,” she said.

Bowser’s view of voter enfranchisement as a work in progress was reflected in subsequent sessions, as speakers discussed the historical struggles and their relation to contemporary issues. The plenary panel discussion “History of the 19th Amendment and Women’s Suffrage” recounted a detailed history of the battles leading up to the constitutional amendment; the fallout from its ratification in 1920; and the ways in which Native women, Asian immigrants, American women married to foreigners, women living in territories such as Hawaii, Puerto Rico, the Philippines, and the District of Columbia; and Black women in the South were denied the right to vote for significant periods following the amendment’s passage. 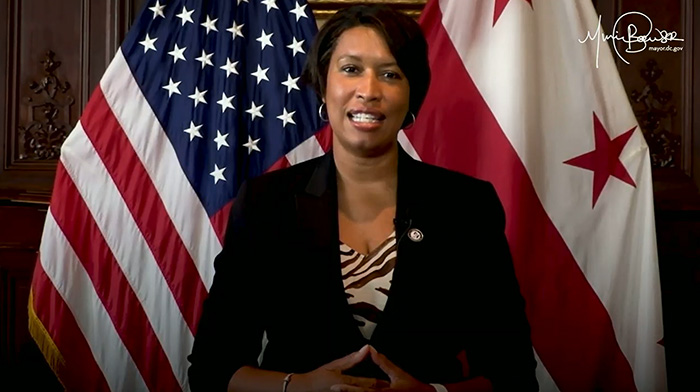 The recent passing of Supreme Court Justice Ruth Bader Ginsburg cast a long shadow over the day’s discussions. Voices cracked and tears welled when D.C. Bar immediate past president Susan M. Hoffman asked biographer and Pulitzer Prize winner Doris Kearns Goodwin during their “fireside chat” to speculate on the historical significance of the famed jurist’s life. Goodwin’s response reflected the general sense that progress would require the sort of determination and sustained effort exhibited by the late justice. “I think the most important thing is that here [was] a woman for whom doors were closed when she was young, and she spent the rest of her life trying to open doors for other women,” Goodwin said, adding that Ginsburg remained determinedly optimistic to the very end.

Goodwin related the loss to the pain she observed among young supporters of Robert F. Kennedy who felt as if they had lost a friend following his assassination. “Progress will still be made, and that’s a great lesson for us all,” Goodwin said. Remembering progress is a valuable way to guide and motivate ongoing efforts relating to justice and equity, she added. The contemporary rise in awareness of serious racial justice issues could result in despair, but recalling past struggles and successes can help propel the country forward. 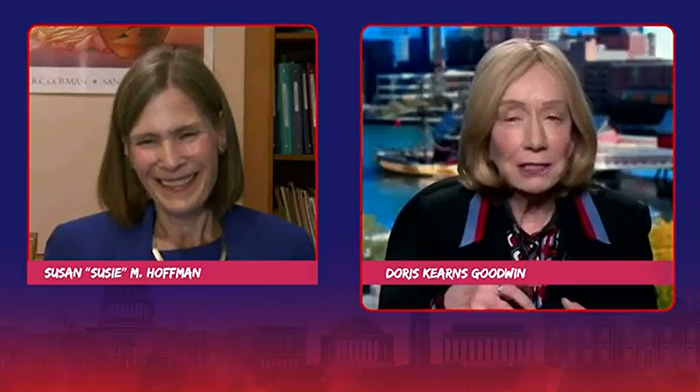 Panelists did not shy away from the complicated relationships between the women’s suffrage movement and other social justice movements, pointing out the tensions among communities in their sometimes-joint, sometimes-competitive struggle for fair treatment. Attendees were called upon to preserve the higher spirit of the movement by working to fight voter suppression and ensure that voters are informed and engaged.

Elaine Weiss, author of The Woman’s Hour: The Great Fight to Win the Vote, said that while female representation in politics is at an all-time high, the number of women in political office remains disproportionately low. The lack of progress would have been disappointing to the suffragists, she said. Weiss also noted that women running for office continue to face demeaning and diminishing assessments of their abilities: “Is she too loud? Is she too aggressive? Is she too smart?” 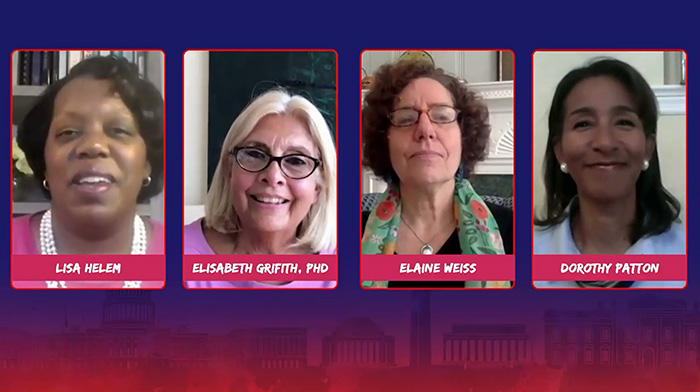 Fair representation in politics makes a difference, said Dorothy Patton, author of From Suffragists to Senators: A Century of Laws by Women Since 1920. Patton recalled a 2009 senatorial debate over health care benefits in which former U.S. senator Jon Kyl of Arizona complained that he did not want to pay for maternity care because he didn’t need it. Sen. Debbie Stabenow of Michigan quipped, “but your mother did.” “Her voice at the table made a difference,” Patton said.

Change also happens from the ground up, and panelists felt that the speeches, demonstrations, and grassroots efforts that led to the 19th Amendment remain important tools for continued social progress. Elisabeth Griffith, author of In Her Own Right: The Life of Elizabeth Cady Stanton, echoed the words of suffragist Susan B. Anthony in her calls for attendees to “educate, organize, agitate . . . We need to be in the streets.”