On November 4 the U.S. Supreme Court heard arguments in Fulton v. City of Philadelphia, a case involving discrimination against potential foster parents on the basis of sexual orientation. As America awaits the decision, many are pondering the past and future of LGBTQ rights.

The D.C. Bar talked to both authors about how the book came about, what elements make it stand out, and who turned out to be some of the key players in the fight for marriage equality. Here are excerpts from that conversation.

Did you time the release of the book to coincide with any particular event? 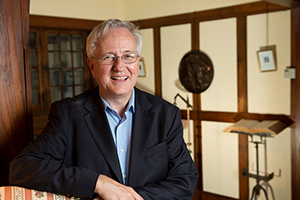 Eskridge: It’s harmonious that the book came out in summer of 2020, which was the fifth anniversary of Obergefell and weeks after Bostock. [U.S. Supreme Court case Obergefell v. Hodges established in 2015 that the fundamental right to marry was guaranteed to same-sex couples; in Bostock v. Clay County, the Court ruled that employees were protected against discrimination because of sexual orientation or gender identity.] I think that Bostock grew out of the social movement that brought us Obergefell.

One noteworthy element of the book is that you convinced both sides of the debate to talk to you. Why did that matter?

Eskridge: My strategy is always that people are going to have differences of opinion. The most I can do is present my side in a positive case and try to refute the nonsense.

Riano: We were proud of the fact that we did have so much engagement from across the spectrum.

You’ve both also mentioned how well your writing partnership went. 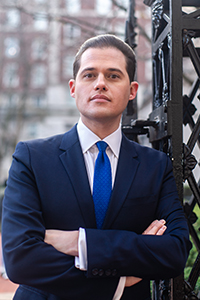 Riano: One of the things I love is that this is a dialogue between us. [Eskridge] has historical context that I don’t have. One of the things that has been so incredible is the marrying of our scholarship. No pun intended. Unlike a lot of co-authors, Bill and I are closer now than even when we started.

Toward the end of the book, you discuss the changing status of marriage in this country. What is the significance of that?

Eskridge: We’ve seen that marriage has held up pretty well for well-educated, well-to-do Americans. But for Americans who are lower middle class, unemployed, poor, marginalized, or transgender, marriage has rapidly declined. That should be concerning for all Americans. To some extent, people literally can’t afford to get married. Part of our admonition to conservatives is, if you really want to help marriage, you would work to redistribute resources to working poor and modest-income Americans, and more would get married. We fervently believe in that. Gay marriage is going to disproportionately benefit well-to-do people and educated people and white people. Those are the ones still getting married.

What really stands out in this book?

Eskridge: Not a single book ever even mentioned the first federal lawsuit for same-sex marriage, which was by two African American women [Donna Burkett and Manonia Evans in Milwaukee in 1971]. No one ever even mentions them.

Another interesting element is that even Democratic politicians were slow to accept marriage equality.

Eskridge: So both Clinton and Obama knew better. They knew that lesbian and gay couples should not be treated differently. Clinton was surprised that they even wanted to get married. People didn’t have a concept of it. The Republicans knew there was no way they were going to beat Clinton in ’96 with the economy doing fine and a lackluster [GOP] candidate [Bob Dole]. [The 1996 Defense of Marriage Act] was their only hope, and [gay marriage] was an issue that was very unpopular. The political climate was too toxic for anybody to stand up to it, so most of the Democrats voted for DOMA, including [Joe] Biden.

The book also offers a front-row seat to the thinking of the Supreme Court justices. How did that come about?

Eskridge: One of the ways we got stuff for the book was that twice a year, Justice Ruth Bader Ginsburg would bring in opera singers or [someone like] Wynton Marsalis, and they would do recitals at the Supreme Court. Ruth and Nino [Antonin Scalia], John Roberts, Sonia Sotomayor, and [Anthony] Kennedy would always be there. Every time we would go, I would make sure to talk to Nino. Nino loved me; we had great relationship. I would also talk to Tony Kennedy. I asked if he would do a sit-down interview with me, but he would say no. Instead, after every musicale, I would talk to [some of the other] justices.

Who do you think is the audience for the book?

Riano: I think it’s actually less for today’s audience than for tomorrow’s audience. I want people who are my age [36] to have something like this — to look back and realize this didn’t happen without 50 years of struggle. Bill wrote to codify history, and I wrote in order to preserve history for the future.

Debra Bruno is a Washington, D.C.-based journalist who writes for the Washington Post, Washingtonian magazine, the Wall Street Journal, and other publications. Read her full review of Marriage Equality: From Outlaws to In-Laws in the November/December 2020 issue of Washington Lawyer.