Smart Social Media Practices In and Out of the Workplace

In the past few years many people have ended up in the headlines, their careers upended by social media postings about someone’s race, gender, sexual orientation, ethnicity, or nationality, or for criticism about their employer. But what are the dos and don’ts for both employees and employers on social media use policies?

On March 14 the D.C. Bar presented the CLE course “Can They Fire You for Putting That on Facebook? A Guide to Lawful Social Media Practices 2022,” covering a wide range of legal issues that often come up in the employment law context.

Diane Seltzer, principal at the Seltzer Law Firm, and Julienne Bramesco, an attorney 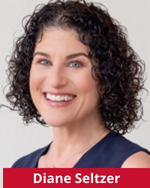 with the U.S. Department of Veterans Affairs’ personnel law group, reviewed numerous cases that touched on the National Labor Relations Act as it applies to unionized and nonunionized workplaces, as well as various laws that address off-duty conduct, including political activities and political affiliations.

“Discrimination laws come up; the Family and Medical Leave Act comes up,” said Seltzer. “People have lost or been denied unemployment insurance benefits because of what they put on Facebook. Workers’ compensation laws can be implicated. And there are also a host of state laws that protect social media privacy, including password privacy.”

Seltzer and Bramesco also expanded the realm of social media beyond Facebook, Instagram, Twitter, LinkedIn, and TikTok to include videos, wiki postings, chat rooms, personal websites, and any other forms of online journals or websites not affiliated with an employer. “It’s so much easier to prove certain things did happen because someone posted it on Facebook. So, think of it as more or less [as] helpful from an evidentiary standpoint,” Seltzer said.

People who’ve posted things on social media that put their employment at risk often cite their First Amendment right to free speech as defense, but it’s important to note that this defense applies only to government employees, Seltzer said.

When lawyers are defending government employees, they generally investigate whether the employee is a citizen whose speech implicated a matter of public concern and whether the protected speech was a substantial or motivating factor for the employee’s termination.

For nongovernment employees, it’s generally legal to post things on social media pertaining to the terms and conditions of employment, regardless of union status. “If someone is complaining that they feel there's been something that's not fair in the workplace, or something that's unlawful in the workplace, [these] are the kinds of things that will generally be OK to post” to get those concerns addressed, Seltzer explained.

Things that are generally prohibited are posts containing discriminatory, intimidating, or threatening language, or negative messages about the company’s customers or clients that don’t relate to the terms and conditions of employment. It’s also wise not to post things that display illegal activities or content that has racist overtones.

The presenters advised employers to have a legally compliant social media policy that explicitly states that it respects employees’ right to write blogs, use social media, and post to social networking sites, and that it does not discourage employees from self-publishing and exercising self-expression.

According to the National Conference of State Legislatures, 27 states, including Maryland and Virginia, now have laws restricting employer access to personal social media accounts. Washington, D.C. does not have a specific law regarding employer requests for social media passwords, but it does have a law protecting students’ digital privacy.

“You've got to include a code of conduct for employees using social media for professional purposes if they're authorized to use it in that way,” Seltzer said. “If they're authorized to publish or post on behalf of the company, you’ve got to give them clarity in what they can do. You also [need] to tell employees that they are personally responsible for their commentary and posts on social media, and they can be held personally liable for commentary that's considered defamatory, threatening, intimidating, harassing, retaliatory, obscene, proprietary, or libelous. They can be sued personally.”

Bramesco mentioned that employees should be cautioned that their employers may or will monitor any comments, blogs, posts, forums, and discussions related to the company. Employees in turn should be urged to report any violations or perceived violations of their employer’s social media use policy and to provide screenshots or printouts of posts they believe contain the violation, Bramesco said.

“Many companies and government agencies have whole teams of employees whose only job is to see what's being said about them on social media and on the internet,” Seltzer said. “[Employees] can't use company equipment to conduct personal blogging or social media networking activities, and they can't link from something personal that they're doing to the company's internal or external website.”

Seltzer also advised organizations to give employees clarity surrounding the use of company computers. “[Employees] may not use the company email address to be identified or to communicate for social media use purposes; they also cannot use any social media sites to unlawfully threaten, intimidate, harass, discriminate against, or retaliate against employees, the company, its customers, or anyone associated with the company,” she said.